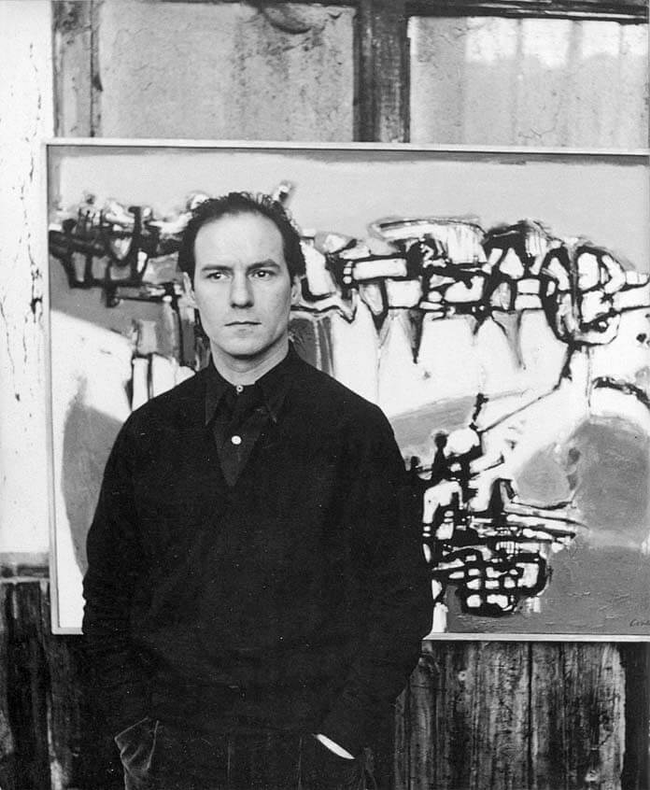 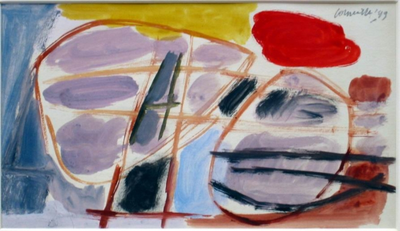 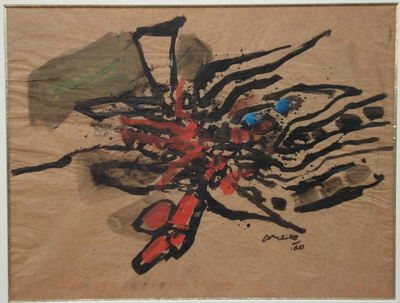 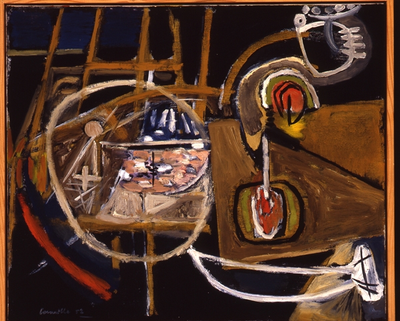 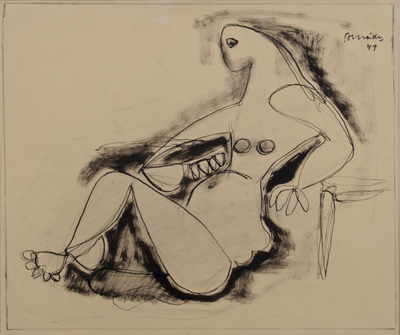 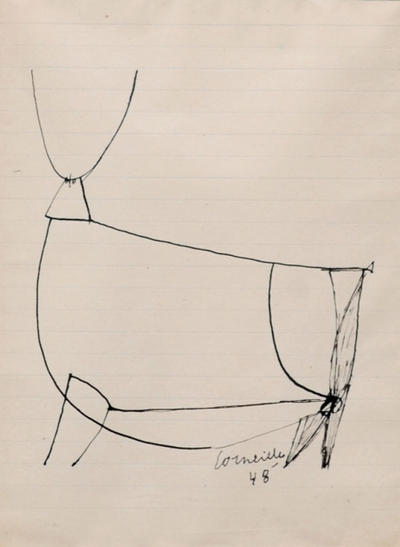 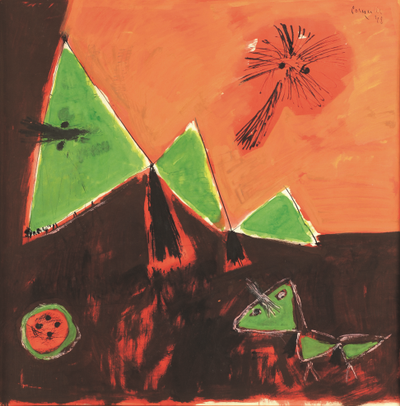 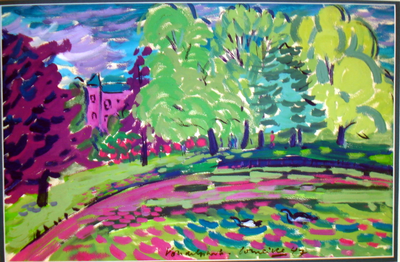 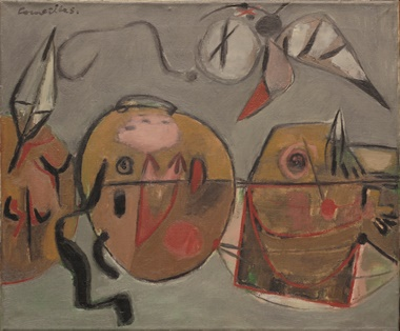 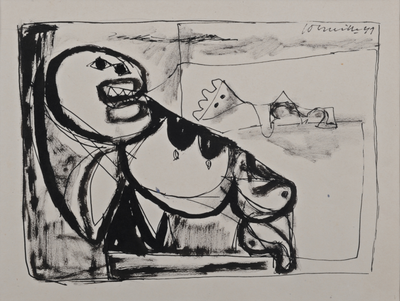 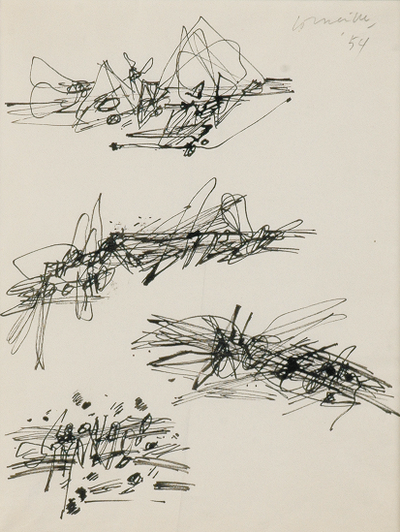 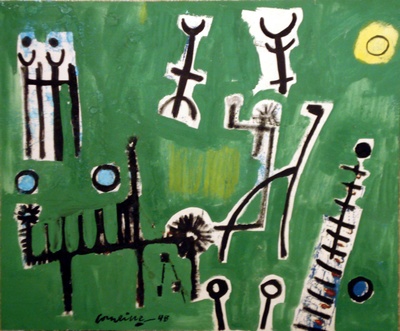 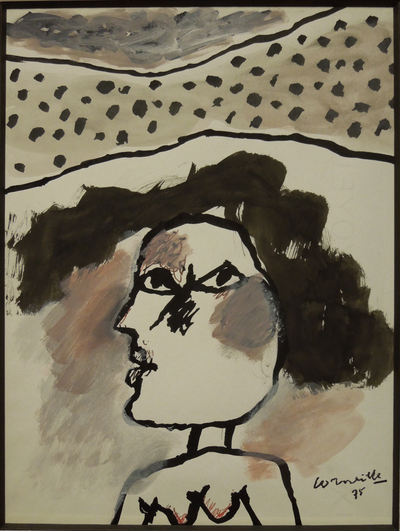 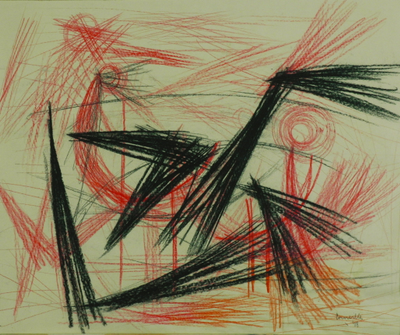 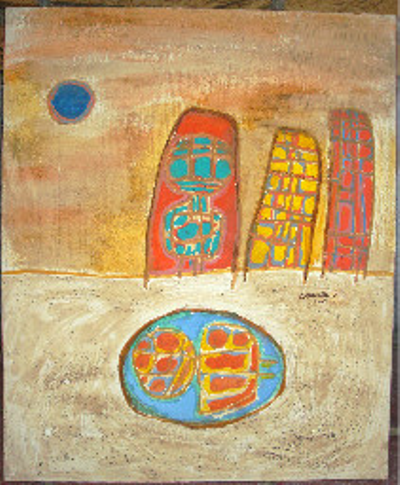 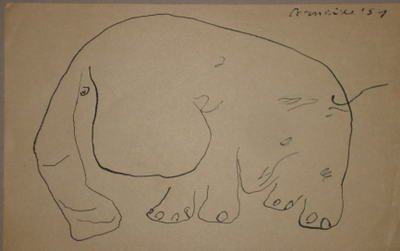 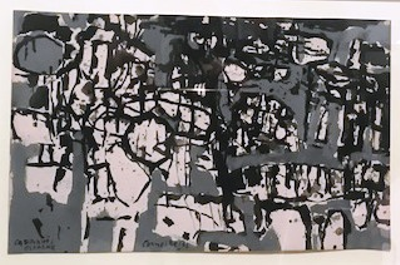 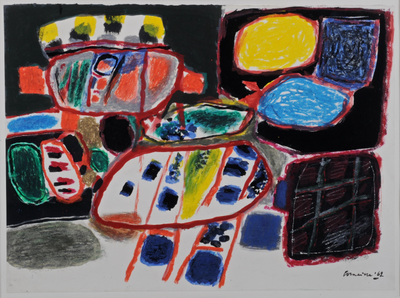 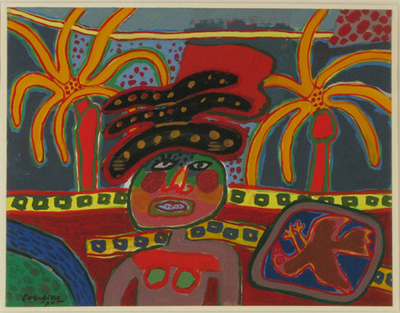 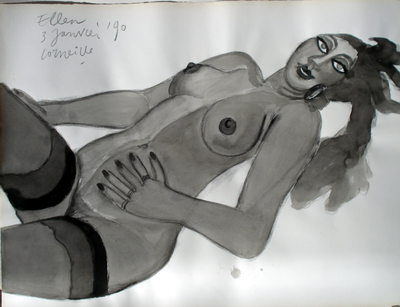 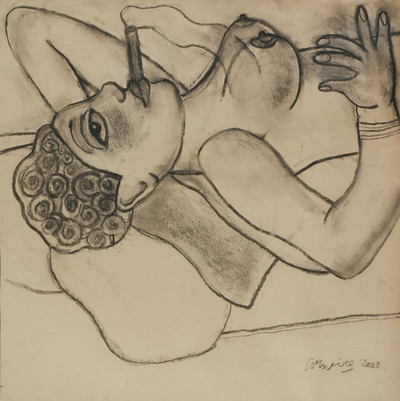 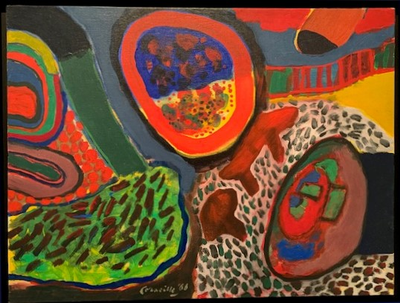 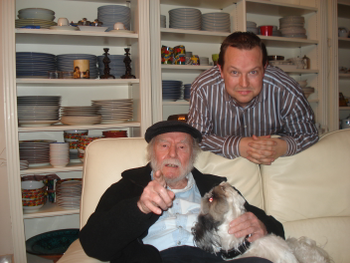 The Dutch artist born in Belgium and who lived nearly whole his live in or near Paris studied art at the Amsterdam Academy of Fine Arts. He was one of the founders of the CoBrA movement in 1948. He was very active in the COBRA group from the beginning, not just painting, but also publishing poetry in the COBRA magazine. The poetic Corneille was heavily influenced by Joan Miró and Paul Klee, as Asger Jorn.

From the moment Corneille moved to Paris he began collecting African art. These primitive artifacts became evident in his own works, which took a more imaginative twist, such as landscapes from bird's eye view, exotic birds and stylized shapes.
He started his career with a naïve childlike figuration, after the dissolution of the CoBrA-movement he got more and more interested in landscapes what resulted in a 15 year quest for abstraction. The explosion of colour triggered by the discovery of the colours of South America resulted again in a naïeve figuration what became his trademark in the 70 and 80ties.
This artist remains an inspiration for a whole new generation of artists