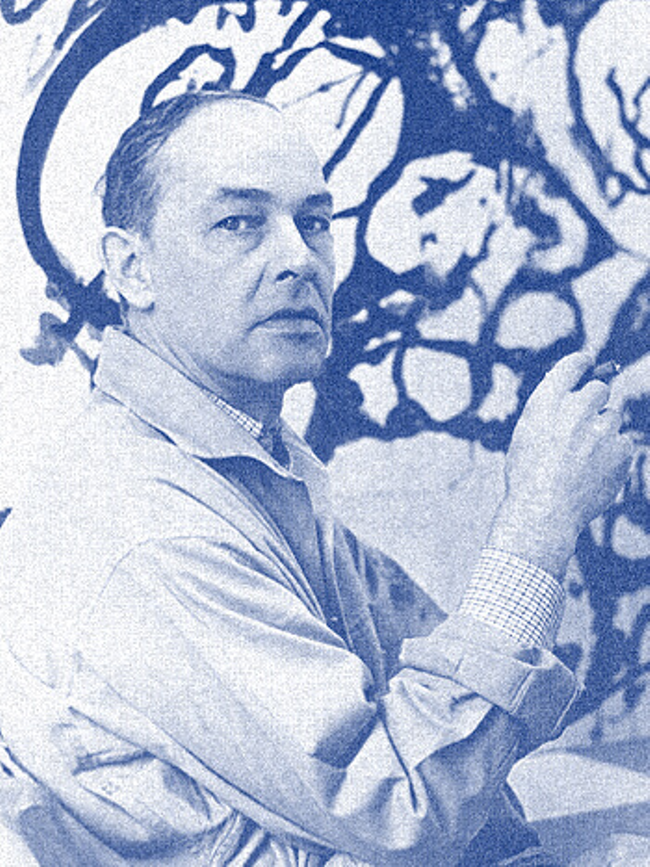 Mogens Balle began painting in the mid-1940s, influenced by impressions from residence in France and by Danish spontaneous abstract art. His early images were characterized by abstract, colouristic tendencies, paired with figurative associations.

His connection with the Spiralen group and the acquaintance with Asger Jorn had a decisive influence on his development. On Asger Jorn's initiative, Balle was invited to attend an exhibition of five artists from COBRA avant-garde movement in Galerie Pierre in Paris in 1951. In 1950-51, Balle performed a large, improvised decoration in a later printed book printing. Here he worked over printing machines, around windows, doors and fittings with motifs interlaced in simple line drawings: sun, both, a woman with baby carriage and abstract-rhythmic figures as in his painting from the same time. In the mid-1950s, Balle was able to track impulses from Egill Jacobsen, while his woodcuts and lithographs are related to works by Jorn and others of the COBRA group, including Corneille.

Close collaboration with COBRA's literary main character, Christian Dotremont, also brought new impetus into Balles art in the 1960s. They performed joint drawings, images and so-called drawing words, where Dotremont was for short punctuation or metaphors, accompanied by painting or drawing, improvised around the writing.

In his last year, Balle painted some of his most intense and concentrated images.