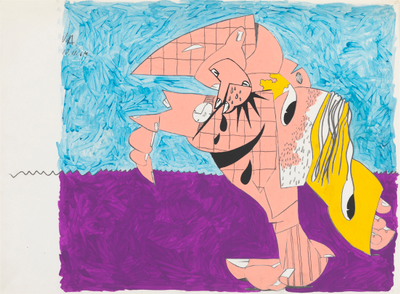 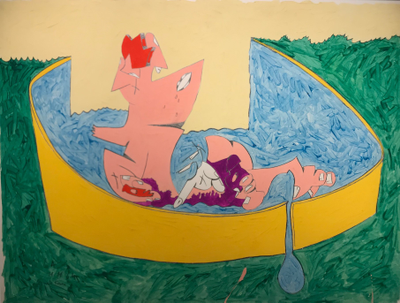 Born in 1935 in Bologna, Valerio Adami is a leading figure in the Narrative Figuration movement. His acrylic paintings are characterised by blocks of colour outlined in black evoking the themes of travel, music, literature and theatre. The notion of mystery is expressed in the many literary references that populate the paintings, a notion that always plays a central role in his work, which he defines as a philosophical questioning.

Born in 1935 in Bologna, Italy
Lives and works between Paris, Monte Carlo and Meina, Italy