Clemente
Back to Artists 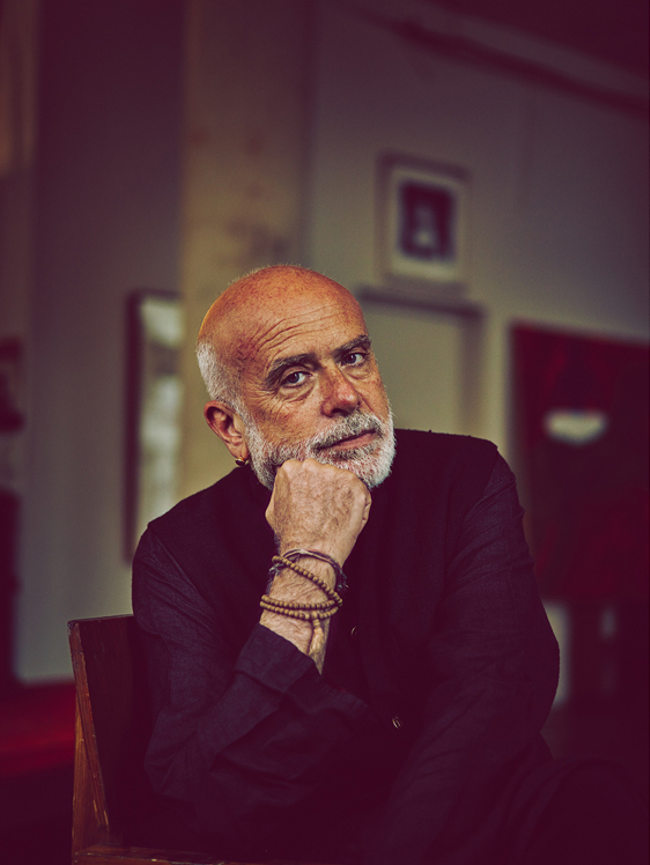 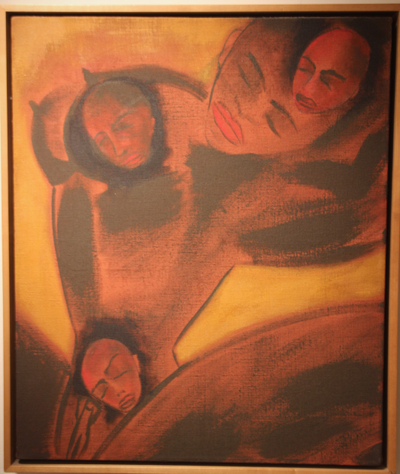 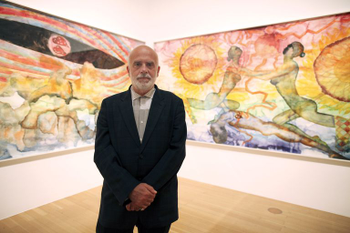 Francesco Clemente was born in 1952 in Naples, into a family with aristocratic roots. After writing poetry and painting as a child, he went to Rome to study architecture at the Università degli Studi di Roma, La Sapienza, in 1970. Leaving school before completing the program, he focused instead on art.

Although he came of age when Arte Povera and Conceptual art were in vogue, Clemente concentrated on representation in works on paper. His first solo exhibition was at the Galleria Valle Giulia in Rome in 1971. After meeting Alighiero e Boetti in Rome in 1972, Clemente traveled with the artist in Afghanistan. In 1973, Clemente first visited India, a country to which he would return again and again, often summering there. In 1974, he met Alba Primiceri, a theater actor, whom he would later marry; she would become a frequent subject of his art. In 1976 and 1977, Clemente spent time at Madras’s Theosophical Society, where he delved into its library of religious and spiritual texts. His interest in Hindu spiritual life and in other non-European cultures was combined with an enthusiasm for local popular culture and crafts. Clemente began collaborating with Indian sign painters, miniaturists, and papermakers, as in Francesco Clemente Pinxit, a 1980–81 series of miniatures in gouache on handmade paper, for which young miniaturists from Jaipur and Orissa painted the decorative elements.

He continued making drawings and other works on paper in the 1970s, pursuing what would become his signature subjects: the human form, particularly women’s bodies; his own image; sexuality; myth and spirituality; non-Western symbols; and dreamlike visions. Clemente’s participation in the 1980 Venice Biennale brought him international attention. He rapidly became seen as one of the leaders of the “return to figuration,” dubbed the Transavanguardia in Italy (by art critic Achille Bonito Oliva) and Neo-Expressionism in the United States, though Clemente himself was uncomfortable with such labels. This acclaim coincided with Clemente’s move to a New York loft with his growing family. In 1981, he studied Sanskrit in New York.

In 1981–82, Clemente created his first large oils, a series of twelve paintings titled The Fourteen Stations, which were shown at the Whitechapel Art Gallery in London in 1983. The following year, he collaborated with Andy Warhol and Jean-Michel Basquiat on a group of works. While Clemente was working on a large scale, he simultaneously developed various book projects, including three unique works created with Beat poet Allen Ginsberg. In the 1980s, Clemente continued to travel to India; he also sojourned in southern Italy and the American Southwest. In the 1990s, he added Jamaica to his list of favorite spots and began working in a studio in New Mexico. He used a wax fresco method known as cera punica around this time. During a 1995 trip to Mount Abu in the Himalayas, Clemente painted a watercolor a day for fifty-one days in between taking walks and meditating.

Among Clemente’s less traditional undertakings have been murals for the now-demolished Palladium nightclub in New York (1985) and a mural and lampshades for New York’s Hudson hotel, which opened in 2000. In addition, he produced some two hundred works for director Alfonso Cuaròn’s film Great Expectations (1998). In 2008, Clemente further explored his interest in collaborating with performing arts projects when he exhibited portraits of eight stars in the concurrent season at the Metropolitan Opera in an exhibition entitled The Sopranos at the Arnold and Marie Schwartz Gallery Met in New York.

Clemente’s art has been shown in numerous solo and group exhibitions. The first major American traveling show of his art was organized by the John and Mable Ringling Museum of Art in Sarasota, Florida (1986). Retrospectives have been organized by the Sezon Museum of Art in Tokyo (1994), Solomon R. Guggenheim Museum (1999), Museo Archeologico Nazionale di Napoli (2002–03), and Irish Museum of Modern Art in Dublin (2004). Clemente continues to divide his time between New York, Madras, and Rome.