Combas
Back to Artists 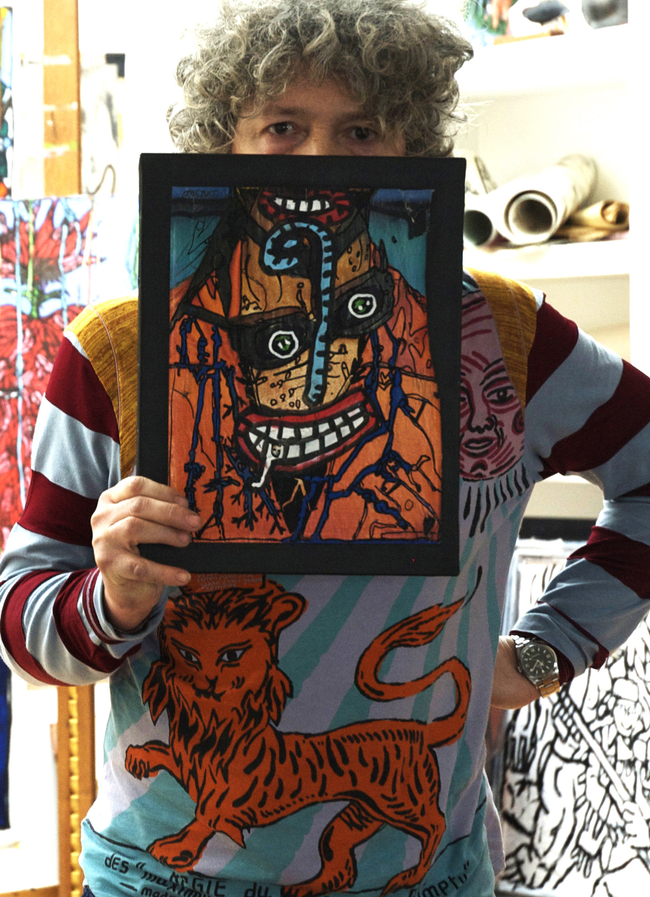 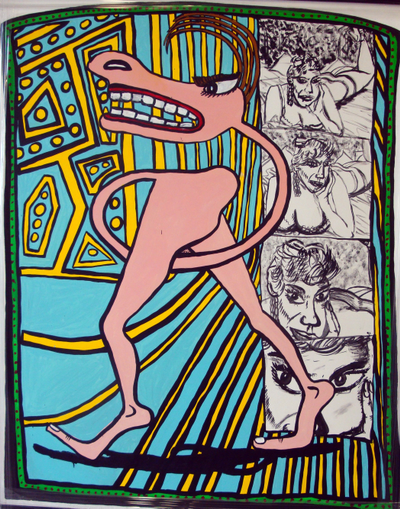 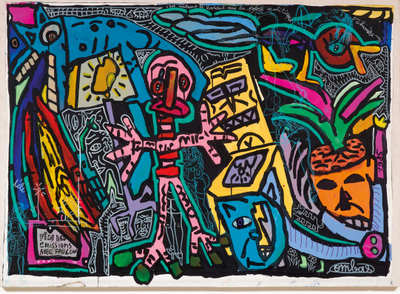 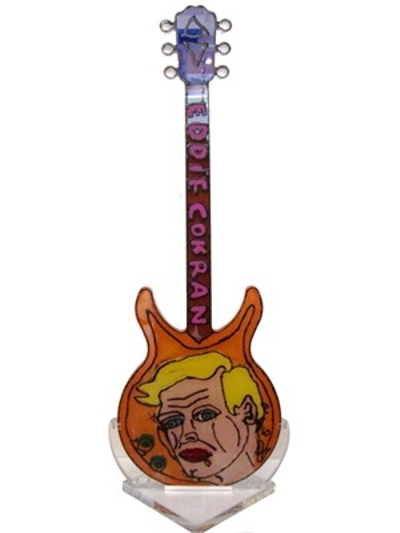 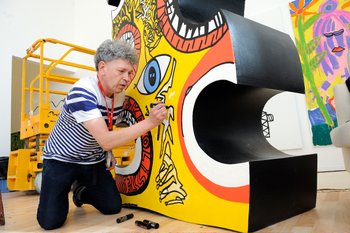 In the early eighties, Robert Combas came up with a new figurative painting. Since 1979 he has been present on the art scene. He created the “Figuration Libre” movement, as Ben Vautier named it, which brought together Rémi Blanchard, François Boisrond, Robert Combas and Hervé Di Rosa.

Its inspiration derives from rock culture, popular images, childhood books, school textbooks, and everything that makes a popular culture accessible to everyone.

Robert Combas was born in Lyon in 1957. Encyclopedias and art history books associate his name with Free Figuration. And yet, beyond this label, he can be seen as a lyrical baroque man, in other words: a painter whose fellow traveller is Dionysus, the god of grapevine, wine, euphoria, wine-making, ritual dance and madness, trance, vital substances, (blood, sperm, sap, milk), powerful animals, (oxes, goats, and rams), rapture, lush vegetation, percussive music. He is also an inventor of tragedy and comedy, that is the sculpted Word. Like Dionysus, he rides the tiger, and everyday he runs the risk of being devoured by his own art. His painting is one of the most Dionysiac of the history of art.

Combas’s painting is seen as a constantly active organism. Indeed, his works make up a perpetually open structure, and this is the reason why they are in constant need of new fuel I order to stay alive. Needless to say, such nourishment implies the presence of the “Other”, namely, the spectator. The latter finds himself connected, through a complementary relationship of mutual dependence with the works of the artist. The Image is the instrument, and Robert Combas wields it to “provoke”, that is, to trigger a reaction in the spectator only to “invite” him, beckoning him in and whispering in his ear “Come over and talk to me, I want to tell you about the stupidity, violence, beauty, love, hatred, seriousness and fun, the logic and senselessness that pervade our day-to-day lives.”

For the artistic language does not stop at the borders of the inner self. Quite the opposite, in fact, it only surges from the inner self to expand that self and reach out towards the social world. That language is a positive attitude, insofar as, beyond the crude scenes of violence or sexuality on the rampage, beyond the blending of words – or sentences – with images, Robert Combas’s work is first and foremost attitude. Not a didactic one since it does not have the “I” as its epicentre, but, rather, a resolute attempt to expand its very field of action, far beyond the limits of the self-contained, circular rhetoric of Art history, striving to include elements thus far held in contempt by the elite who had ruled the art world during the seventies, elements such as drawings made by children or madmen, comics, rock music, etc. The “childish” element in it is only the result of a strategy, that of a painter who decided to push back the limits of this capacity for action together with those of his image world.

That is what Robert Combas’ work is all about: turning an artist’s behaviour, involved in a process of constant metamorphosis, into an attitude which involves not only an artistic stand, but a social one as well. In other words, a critical stands.