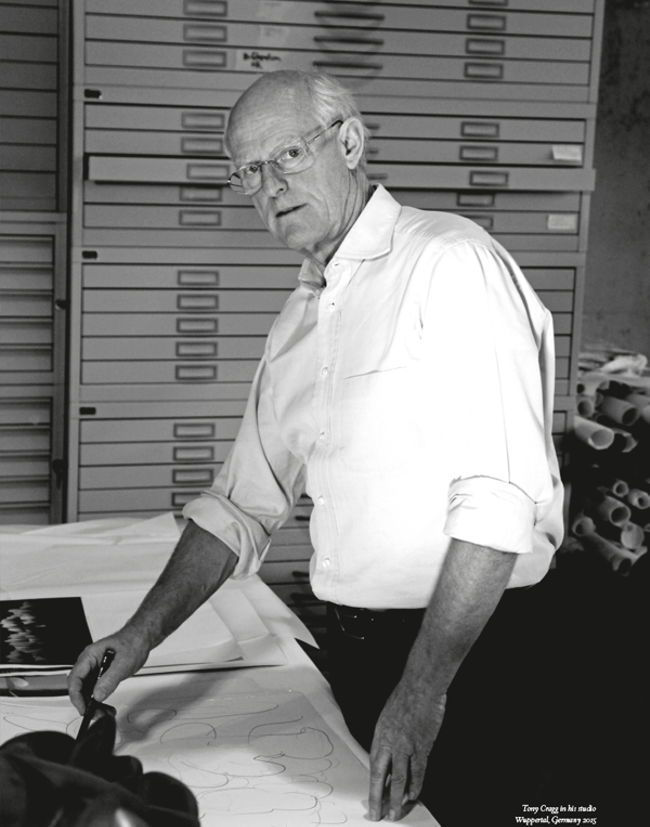 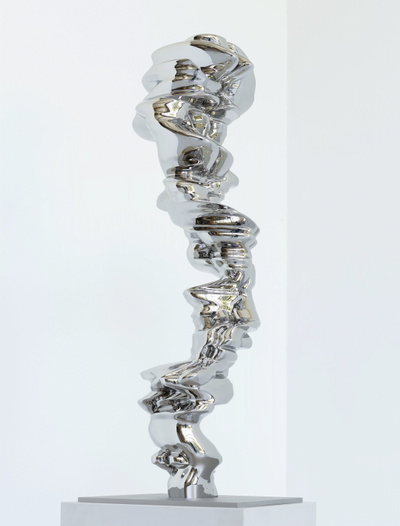 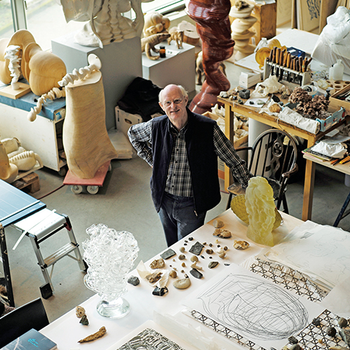 Tony Cragg is one of the world’s foremost sculptors. Constantly pushing to find new relations between people and the material world, there is no limit to the materials he might use, as there are no limits to the ideas or forms he might conceive. His early, stacked works present a taxonomical understanding of the world, and he has said that he sees manmade objects as “fossilized keys to a past time which is our present”. So too, the floor and wall arrangements of objects that he started making in the 1980s blur the line between manmade and natural landscapes: they create an outline of something familiar, where the contributing parts relate to the whole. Cragg understands sculpture as a study of how material and material forms affect and form our ideas and emotions. This is exemplified in the way in which Cragg has worked and reworked two broad bodies of work he calls Early Forms and Rational Beings. The Early Forms explore the possibilities of sculpturally reforming familiar objects such as containers into new and unfamiliar forms producing new emotional responses, relationships and meanings. Rational Beings examine the relationship between two apparently different aesthetic descriptions of the world; the rational, mathematically based formal constructions that go to build up the most complicated of organic forms that we respond to emotionally. The human figure being the prime example of something that looks ultimately organic eliciting emotional responses, while being fundamentally an extremely complicated geometric composition of molecules, cells, organs and processes. His work does not imitate nature and what we look like, rather it concerns itself with why we look like we do and why we are as we are.

Lives and works in Wuppertal, Germany