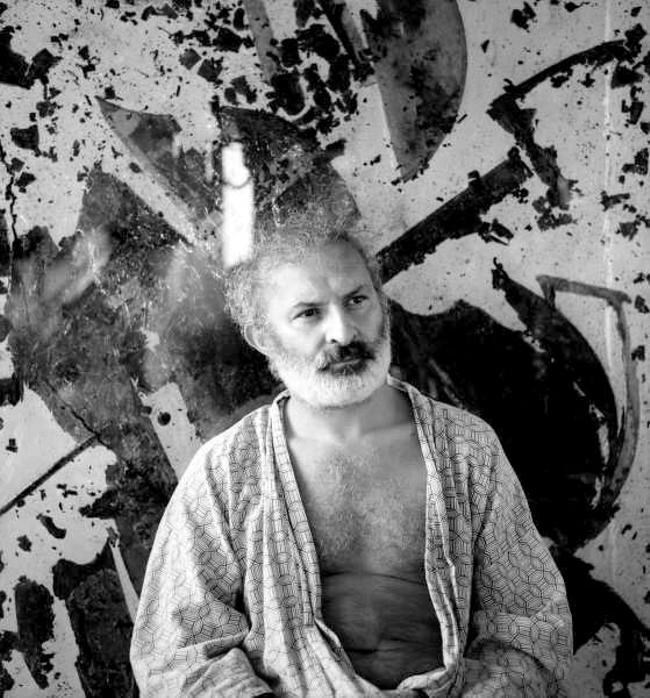 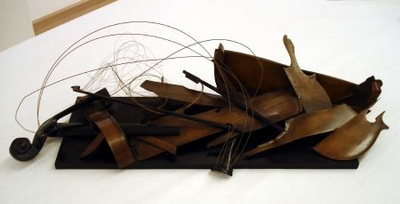 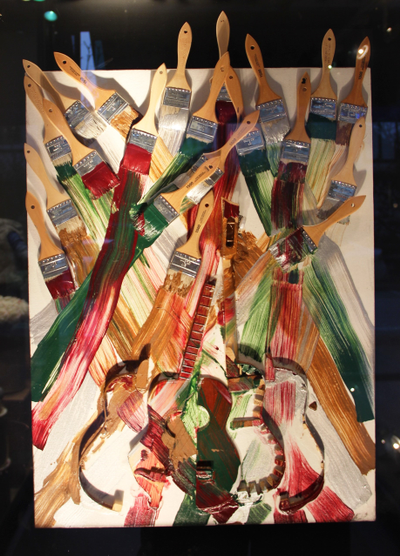 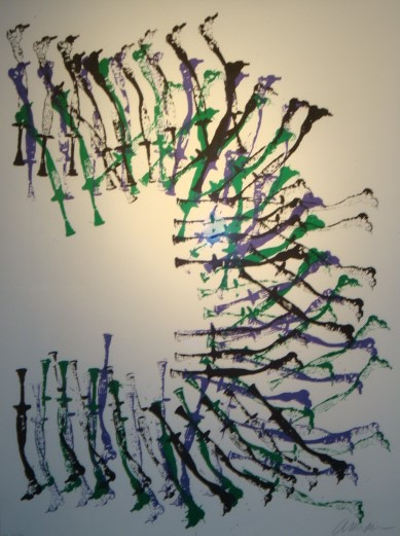 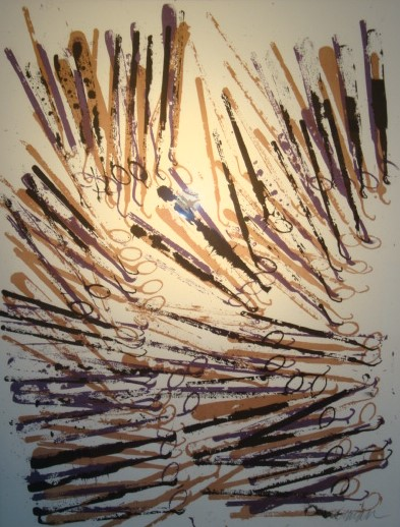 Arman (American/French, 1928–2005) was born Armand Pierre Fernandez in Nice, and became an American citizen in 1973. The artist is best known for his sculptures made from the accumulation, combustion, or destruction of ordinary objects. Arman studied at the Ecole Nationale des Arts Décoratifs in Nice and at the Ecole du Louvre in Paris, where he concentrated on archaeology and Asian art. In the early 1960s, he signed the New Realism manifesto along with fellow artists Yves Klein and Jean Tinguely . Later joined by César , Niki de Saint Phalle and Christo, the movement sought to bring ordinary life and art closer together, and offered reflections on the degradation of humanistic values due to industrialization and consumerism.

In his Accumulations series, Arman compiled similar or identical objects, sometimes cast in polyester or trapped in Plexiglas. The Colères and Coupes series correspond to Arman’s pursuit of creation through destruction. Singular objects, such as musical instruments, would be sliced, smashed, or burned, and then reassembled. Late in his career, Arman returned to painting, and produced a large number of works in which the paint tubes or brushes were used to apply pigment, and then pasted directly onto the canvas. Arman’s works are in the collections of some of the most prestigious museums around the world, including the Metropolitan Museum of Art in New York, the Tate Gallery in London, and the Centre Pompidou in Paris.

Decided to transform his signature

Arman's career took on a new orientation with his "Accumulations d'objets"

Co-founded an artist group called the "Nouveaux Réalistes," under the guidance of Pierre Restany

Taught at the University of California, Los Angeles, CA