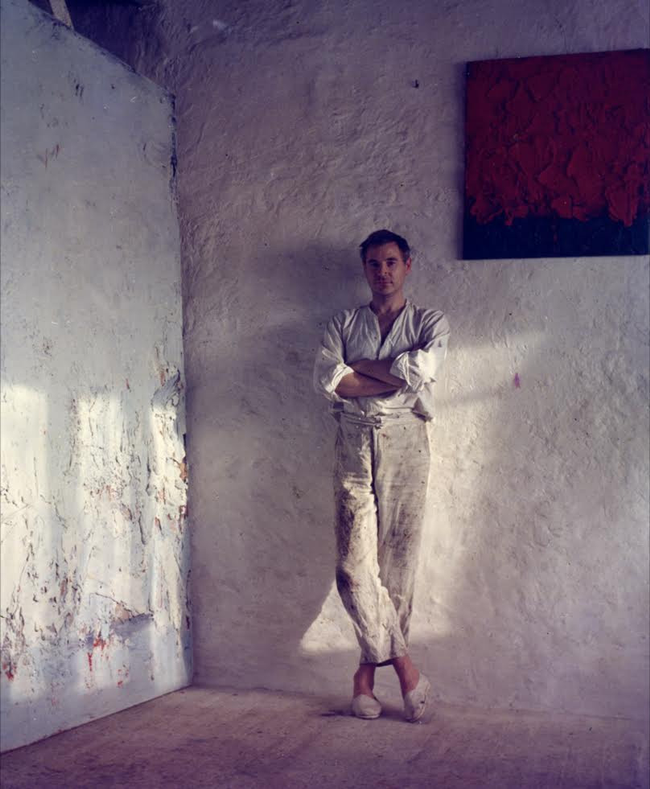 Appel & Bogart - Only the best

Braham van den Boogaart was born in Delft, the son of a blacksmith. His parents did not welcome their son’s desire to become a painter and sent him to a technical school to become a decorator. During evenings Bogart was allowed to follow a correspondence course in drawing.

During 1937-1939 Bogart worked as a commercial artist for an advertising agency in Rotterdam. During the Second World War, Bogart went into hiding to avoid forced labour for the German army, and managed to paint a series of low-key Dutch landscapes.

After the liberation in 1945, Bogart started to develop his first rough-textured first wall-like landscapes, and joined the ranks of artists of the ‘Art Informel’, a term referring to a loosely knit group practicing different forms of Abstraction. Bogart was not interested in gestural painting, brushed or poured from cans, and pursued the desire to build up his paintings in layers of pigment and cement mixture.

During the 1950s Bogart settled in Paris for almost a decade and explored the possibilities of monochrome figurative paintings in the manner of Jean Dubuffet. It was his Parisian dealer that suggested the name Bram Bogart. In 1957 Bogart showed for the first time in the UK, as part of an Arts Council touring exhibition, and held his own among a group that included Dubuffet, the Canadian abstract expressionist Jean-Paul Riopelle, the French Tachiste Pierre Soulages, and Karel Appel, Bogart's compatriot and a member of the Cobra group (Copenhagen, Brussels, Amsterdam). In 1958 Bogart had his first solo show in London, at the Gimpel Fils gallery.

During 1958-1960 Bogart spent time in Rome, where he adopted colour. In 1960 Bogart moved to Belgium, first to Brussels, then to Ohain, in the province of Walloon Brabant. He took Belgian citizenship in 1969. During these years, Bogart ‘s paintings became incredibly thickly built up with layers of pigment mixed with water, varnish, siccative and powdered chalk, to resemble building blocks. Bogart had to devise his own metal stretchers to bear the weight of his work.  For some artists, the material is an added value, but for Bogart the material is the value itself.

Although Bogart has used the same technique since the early 1960s, he has always been able to renew his painting and is considered one of the most important post-war ‘materie’ painters.

Bogart's art entered collections all over Europe and was shown worldwide at museums including the Boijmans Van Beuningen in Rotterdam, the Guggenheim in New York, the Louvre and Pompidou Centre in Paris. Following Bogart’s passing in January 2012, The Cobra Museum, Amsterdam paid a long-awaited tribute to the ‘Master of Matter’, with a large retrospective show (Sept. 2012 - Jan. 2013). A few years ago, Tate modern bought three works.