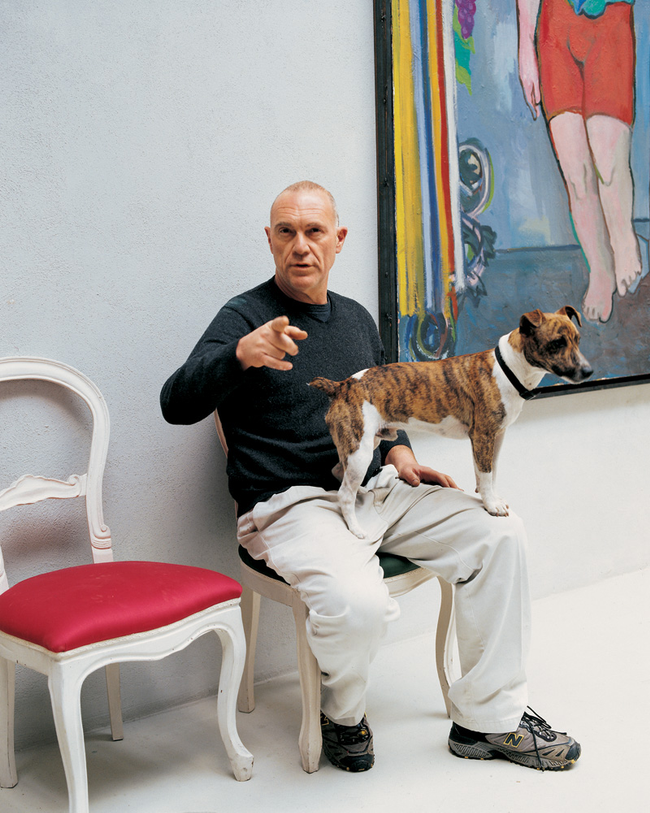 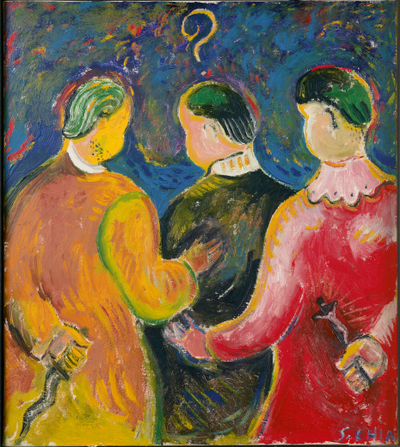 Sandro Chia was one of the foremost artists during the resurgent interest in painting in the 1980s. He established himself as a major artist of the movement in Italian figurative painting known as the Transavanguardia, a Neo-Expressionist movement that sought to re-emphasize color and representation in reaction to the Conceptual Art of the times. His works were exhibited in many of the most important museums and galleries of the world, and featured in almost every major museum exhibition benchmarking that era including Zeitgeist in 1982. In a career spanning over four decades, some of the exhibition milestones include the Biennale of Paris, San Paolo and three different iterations of the Venice Biennale.

In his expressive paintings, Chia celebrates man’s sensuality, vitality and relationship with nature. Assimilating culture and imagery from the troves of art history, particularly the Italian Renaissance and Futurism, he depicts narratives of eroticism, melancholy and death, often abound with historical cameos and references. Chia’s main protagonists are larger-than-life, heroic male figures imbued with an enigmatic sense of mission, perhaps manifestations of his own identity. He paints with vigorous brushstrokes of vibrant color that energizes the entire surface.

His recent paintings, one sees the result of an accomplished hand at work for 45 years, the sobriety of an artist in his “late phase.” Pictorially, they still portray heroic-like men and women against a sumptuous landscape, but here now is work more contemplative.

Born in Florence, Italy, in 1946, Sandro Chia studied at the Istituto d’Arte and then at the Accademia di Belle Arti in Florence where he graduated in 1969. Since the 1980s, he has exhibited widely throughout Europe and the United States, especially in New York City where he lived and worked until the early 2000s. Today, Chia continues to work between his studios in Miami and Rome, and also follows the production of a prestigious line of award-winning wines at his Castello Romitorio wine-making estate in Montalcino.