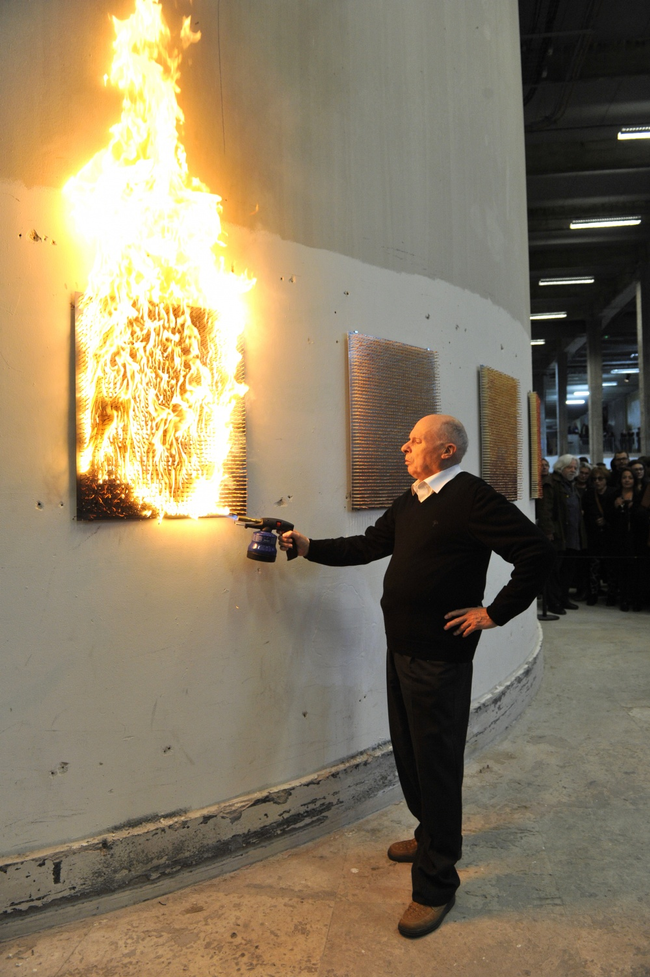 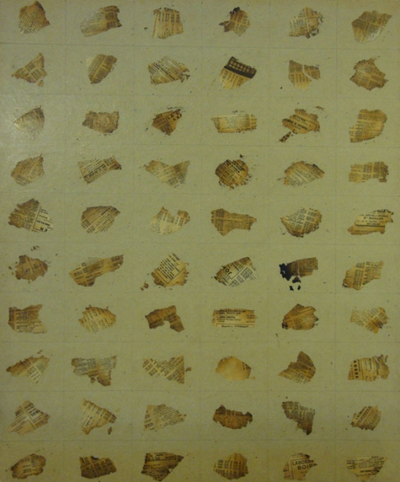 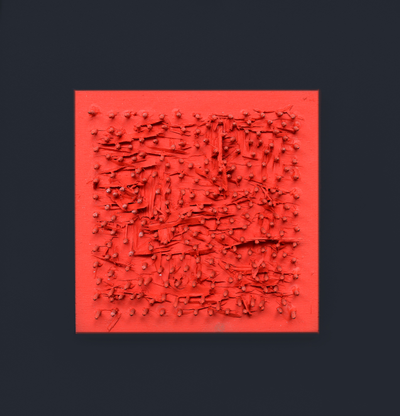 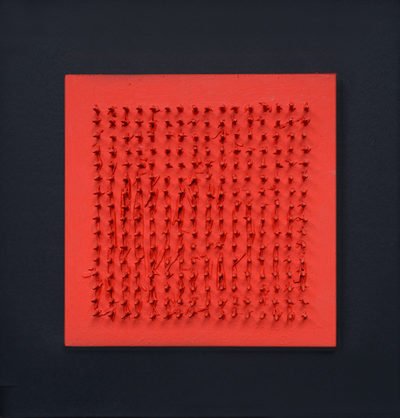 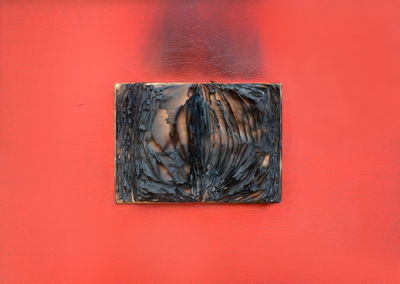 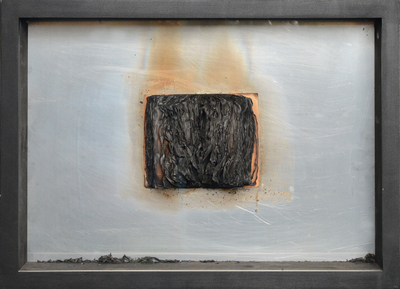 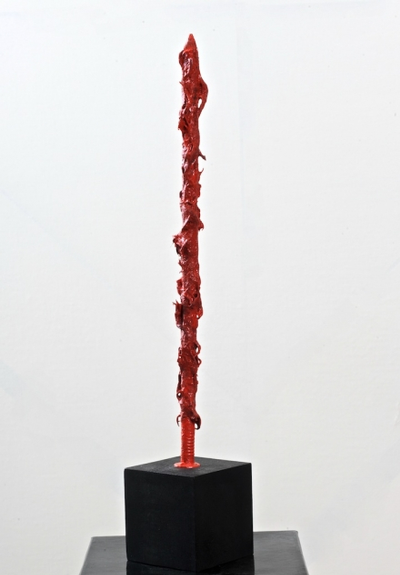 Bernard Aubertin (1934-2015) was a conceptual artist born in the suburbs of Paris, France.

A major point in Aubertin’s life was when meeting the influential and controversial French artist Yves Klein in 1957 which inspired him to to create his first signature red monochrome works during 1958-59 and later nail paintings. In 1961 Aubertin officially joined the German ZERO movement, which similarly adopted monochrome expression as a way of breaking with tradition. The same year, Aubertin added the medium of fire to his works.

Both red and fire represented his own interpretation of ZERO's 'tabula rasa', rather than an aesthetic experience. For Aubertin, the colour red is the most appropriate for the means of spreading energy, as well as it being rich in psycho-analytical interpretations.

In 1965, Aubertin began with his performances of burning paintings, books and objects and thus became considered as a conceptual artist. Aubertin exhibited alongside the ZERO group in Frankfurt, Amsterdam, Rotterdam, Berlin and Milan.

He passed away in 2015 in the town of Ruetlingen, Germany, where he lived, worked and continued to stage performance art during his later years.